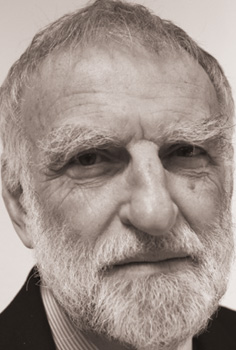 My name is Malcolm and this is my Testimony.

Yes, I did go to the opening ceremony and I have with me here the programme that I had there.

I think the big contrast with today is how laid back it all was. People turned up there, the King came and said his piece after all the athletes got on the middle. Then there was a bit of a hiatus while nothing much happened, and they tried to get the birds and the doves and the pigeons to fly. It was a hot day and they weren’t fancying it. And then we children went onto the actual ground itself and got autographs of some of the athletes.

And I think the contrast is it was not stage managed. They marched on in order and marched off in order, but there was no- no fireworks and there was very little security, that’s the other big contrast with what happens today. You could just walk in there and walk around. As I said, we could hop over the fence and mingle with the athletes and they were very happy for us to do that. Well, eventually some commissioner or something said you know, “run away sonny.” [laughs] But there was no great pressure.

The numbers of events were small. No- There were no women’s athletics beyond 400 meters. I don’t think so, there were very few events for women so they only had, you know, in the hurdles. I mean nowadays, the women run as many events as men do, don’t they, but there was no question of a women’s marathon or anything like that so- I mean, it was quite cleverly done: the opening ceremony was on the Thursday. The Friday started the athletics, but it’s all the heats and things, you know, for subsequent races. And then you had the Saturday and the Sunday, and in those days the bank holiday Monday was the first Monday in August. So the bank holiday Monday-You got the Saturday, Sunday and bank holiday Monday as first three days- So they had a good crowd for those three days. But then after that, the attendance dropped off quite appreciably because people were at work and there wasn’t television- I don’t think they covered it with television.