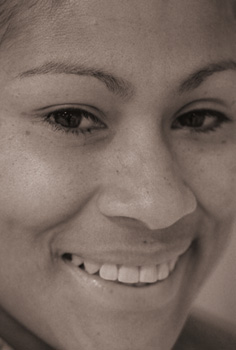 My name is Rachel and this is my Testimony.

I’m related to sports in the sense that I play football for Arsenal Ladies and England and also I coach football, I work in different primary schools around the area of Brent and Harrow, and I also run a children’s football team called Given Trekkers UFC.

We will have a team, a woman’s football team, in the Olympics so fingers crossed that I can train hard and get into that team. So hopefully, obviously, myself and my teammates will be there and playing and be role models to the younger generation that can watch us, and look at us in the Olympics.

I mean, at the moment the focus is playing- getting into the England squad for the World Cup, and then after that obviously the individuals- Everyone will be training and doing their best to be picked to play in the Olympics ‘cos as a female footballer, it’s not something that you would ever, sort of, think that you could play in the Olympics. It’s now a chance, probably a once in the lifetime chance, because it’s being held here. They’re allowing us to compete and football, with that being the biggest game in this country- They’re allowing us to compete. So, you know, it would be an honour to play in the Olympics and to be a part of it, obviously here in England, in London, so it’d be great.

Growing up in this country and football means so much to everyone, it’s sort of- It’s bred into you as you’re growing up. You know who to support and what to do and how to play the game and- and everyone knows about it so- It’s so easy to get involved with, you haven’t got to be rich to play football, you know, all you need is the ball, you don’t even need a goal sometimes, you know, you can make a goal out of jumpers and stuff like that in the local park. So that’s why football was so attractive to me: everyone knew how to play it. I’ve even, you know, played football and coached with people that don’t speak the same language but because of football, we understand each other and we can get on. So that’s why I’ve always loved football and that’s why I choose to play: I enjoy it. So it watching it at the Olympics, yeah, would be brilliant.