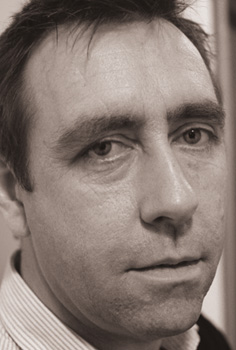 My name is John and this is my Testimony.

It’s quite exciting for us to- to know that we’re part of the 2012 Games. We’re one of those venues that weren’t on the list to be host venues right from the start, so we never took it for granted- We never took it granted that we were going to be a host venue. When the news came out that we were there, was an excitement within the team that we were going part of an historical event, which is what the Olympics is really. It’s a once in a lifetime opportunity for the people working here to be part of it and for the people that are going to be coming to visit Wembley at that time. It’s- it’s a huge event for us.

I think the Olympics mean a big deal to the host city anyway: the influx of visitors that you get, the focus, the attention that is suddenly on that host city. As we saw from the last time in Beijing, it’s the global media that focuses and- And London is a global city, everybody knows it obviously, but the focus is quite intense at that time. So I think the- the reaction of the local community, the- meaning the greater London community, and the businesses: everybody connected with it is going to make for quite a time. I think you will see a lot more events that- that take place that reflect the Games that are taking place, especially because the Games are on, we certainly- Our own company will be involved with producing concerts especially for the Games, so we look forward to that.