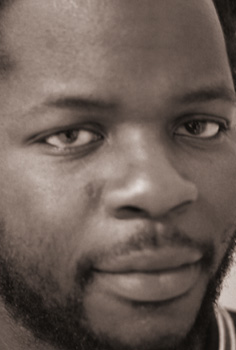 My name is Sebastien and this is my Testimony.

I‘m a football coach and I’ve been coaching since around 2006. I coach a team in Kingsbury called Springfield Football Club and I have my own soccer school in Millhill and yeah, I really enjoy that and I really love coaching kids as well.

I think the Games would help the kids in particular because I feel like kids need inspiration and just watching people and being able to imagine with their family and just- And places they could be in a couple of years time, that would really help them.

I also think it would just help people be happy as well, because a lot of people are just unhappy. Obviously, people losing jobs and stuff so even if it’s a while away I think people will just cheer up a bit, you know.

I’d really like to watch the tennis final. Hopefully it will be Rafael Nadal versus Roger Federer. And it being at Wimbledon I think will just add an extra dimension, in particular. Wimbledon is the probably greatest place to play any sport, I think, in the world and Nadal will be by then at his peak and Federer will be quite old and having some grey hairs, but he’s still a legend. I mean, I think that would be the best for sport, to see that two great giants. And I think having great sport stars as well makes the Olympic just a bit more special. Just so the kids can see really what it takes to be great and really just aspire to be and kind of, step into their shoes just for one day. Even though it’s on TV, they can just visualise and really enjoy the whole emotions of the game and just watch the great spectacle.