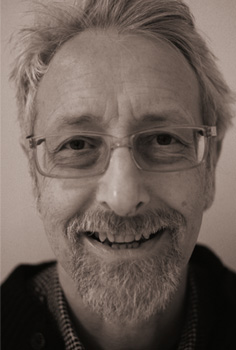 My name is Don and this is my Testimony.

The first one I really remember is 1956 and they all went on in theses exotic places. So 1956 was Austria, 1960 was Rome, 1964 was Tokyo and all those places seemed so far away then. I mean, like Rome seemed so far away, now it feels really close in terms of using the plane and things. So- the- I- I mean some times, like the Australian Olympic Games, it’s taking place in the middle of the night so you can’t- you can’t watch it. And at first those first lots of Games weren’t on television live, so it was only with people like Sebastian Coe winning his medals in- I can still remember watching it at home and leaping up and down when he won a medal.

I think we bought a new colour telly just for the Olympics: our first colour telly. So those were- I mean- I was- I was really interested in the Olympics, I was really interested in athletics. I used to do a lot of athletics at school and I would model myself on some of the athletics heroes like Roger Bannister. And there‘s a Jamaican runner called Arthur Wint who used to have a very long stride and pulled his muscle, famously pulled his muscle, in one of the Olympics just as he was trying to finish off, and he had stop because he was grimacing in pain.

So I used to try to model myself on that and even I remember thinking when I was about 24: “do I still have a chance to get into the British Olympics team?” And it was a complete fantasy, I mean there was no way I could start training at 24 and get in the Olympics team. The reason was there was- I think the oldest winner of the 400 meters had won that year and he was 30 and I thought: “well I’ve got six years before I peg out completely.” [laughs]