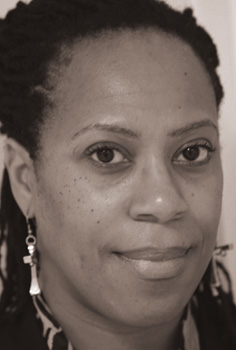 My name is Paulette and this is my Testimony.

I actually moved to Appleton in Wembley, Middlesex when I was six years old and some of my greatest memories were going to Wembley market. My first Saturday job, I used to sell football programmes and so my two bases were QPR ground and also at Wembley stadium. And so for me, the highlight of every season was selling football programmes at the FA cup finals. The- The- The fans would get so excited and so hyper and- Like they’d be rushing in with, like, seconds before kick off and they’d give you 20 pounds for a- for a 50p program and they’d be like “yeah, yeah, yeah, keep the change and keep one” and we were like, coining it.

I think looking back with my adult eyes I mean- What a joy you know, that we just took for granted and we probably moaned a little bit about my Saturday job. But yeah, looking back yeah, great tips.

And the old Wembley for me… Ohhh yeah, it’s a major part of my childhood, major part of my life. I remember where I was when the announcement was made that we’d won: I was in Russell Square at a conference and I remember being really edgy and itchy in the chair thinking, “uhhm I wonder how we’re doing, I wonder how it’s going”. And I remember going out to a lunch and there was like a buffet, and there were like murmurings and murmuring and then someone was like, “we won”. And then I was like “we won?! We won?! Oh my god we won!” I was so, so excited.

For me, the impact that I’m really hoping, and I’m already witnessing, that the Olympics come into London on the sporting arena, is that the conversations are changing amongst young people. Get on board and enjoy it!