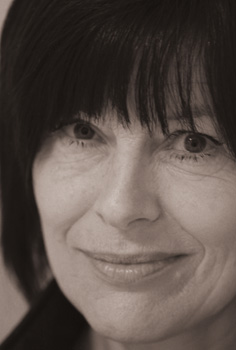 My name is Laura and this is my Testimony.

I have visited Wembley over the years and I feel a link with Wembley, the stadium, because I think the first time I ever went to Wembley stadium was when I took a group of very excited little children there as a birthday outing. And the delight when we walked up the 39 steps to the royal box, where the medals and trophies were always given. That’s one of my earliest memories of going to Wembley stadium with all these children, and I don’t know who was more excited: [laughs] me or them. But it was a great day. Yeah, Wembley has a place in my heart.

We’re very fortunate to be living in London at the time of the Olympic Games and I feel really proud to be part of that. Although, personally, I’m not a sporty person, I do recognise the utmost importance of sports in schools and for our children, because it generates and fosters all the things we’ve talked about: the unification, the- the having to get on with each other, working in teams, team work. I mean there’s nothing like building relationships.

Now, Stratford is already forming a picture in people’s minds of stadium, Olympics so- And it’s great. Olympic Games: if somebody says to me, “who is the most memorable person?” two people jump out and that’s little Olga Korbut from Belarus. Here came this little girl who took the nation by storm. Took the world by storm actually. The other person that leaps out is Daley Thompson, the decathlete. He was gorgeous to look at but absolute brilliant all rounder.

But I don’t think we are going to lose sight of what it’s all about: it’s about the Games, it’s about prowess of our Olympic sportsmen and women and let’s celebrate it!